This is such an easy block it doesn't really need a tutorial, but sometimes its fun to look at the visual before you do it. This is the block I have selected for Around the Block - Round 2. A Jewelled Square or a fancy way of saying a Square in a Square. For the purpose of this tutorial though, I'm not saying anything about measurements. In the photo below, the center square could be 8" or 2", that bit is up to you! 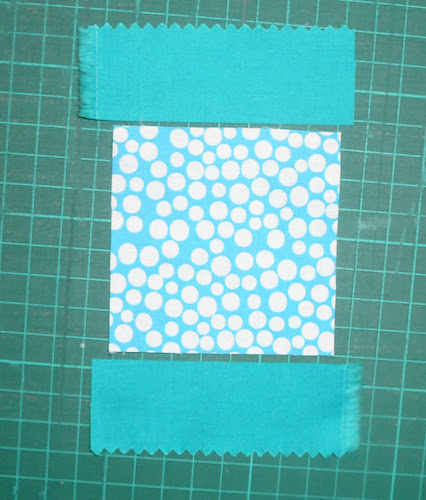 So step one, cut a square and two strips. Again the width of the strips is up to you. Could be a scant 1" or a more generous 4". 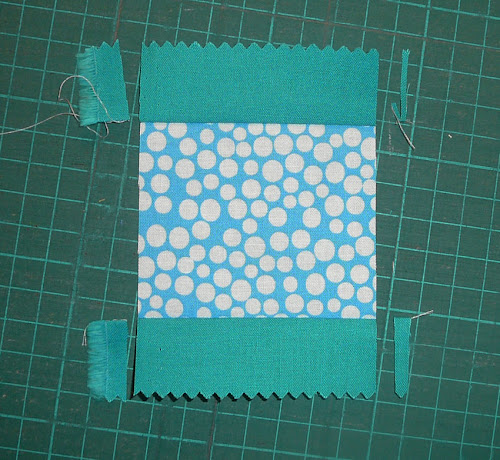 Sew together and then trim, making sure the center square is still square. 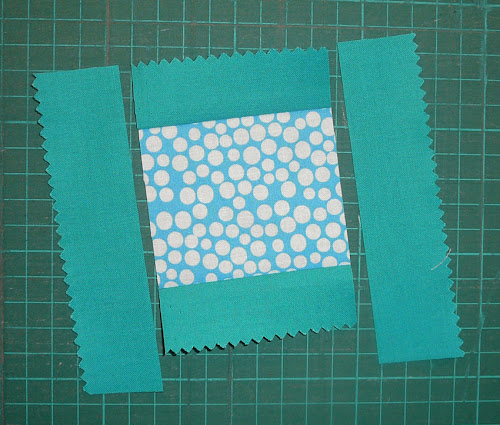 Then sew two more strips down the other two sides. 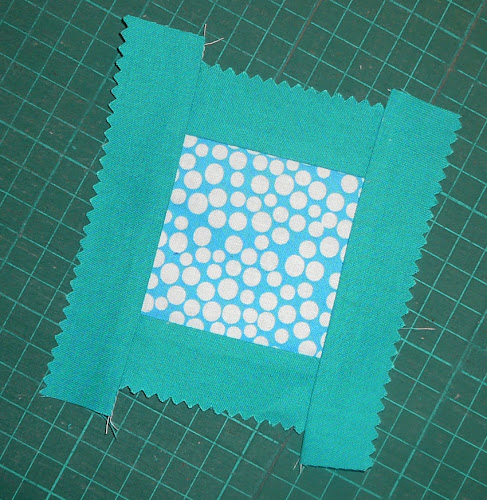 And that will give you your first square within a square. See, easy! 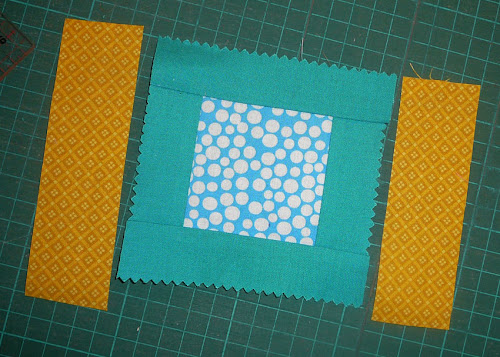 Then it is just a matter of doing it all again. Decide what thickness you want the second square to be, trim it down..... 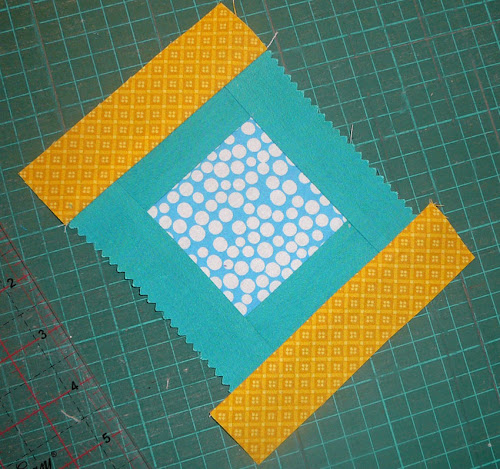 Then sew on the strips. 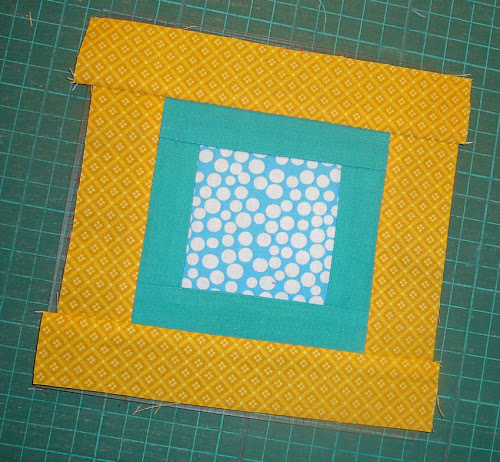 Trim and sew on the second lot of strips and there you have your third square within a square. Now would be a good time to talk about measurements. I wanted these blocks to be 6.5" square. See this block laying over my 6.5" square ruler? My block is slightly too small! Bugger! Just half an inch more on that second square and I would have been okay. I have a habit of sewing first, then measuring! If I didn't have a project in mind for these blocks, then it would have been okay, I would have just made it 6" but I want this one to become one of four blocks to make a 12.5" block. 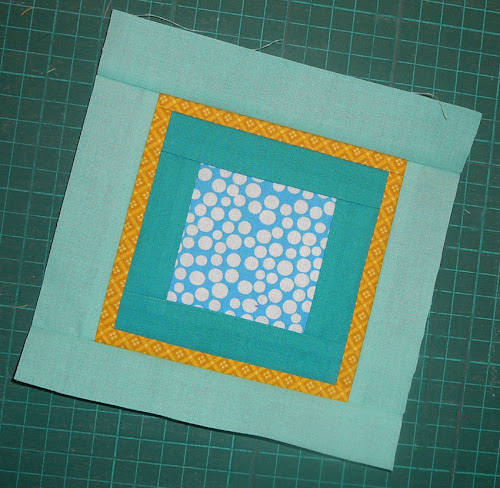 So I trimmed it down and added another square onto it. Above is the finished block, cut to 6.5". 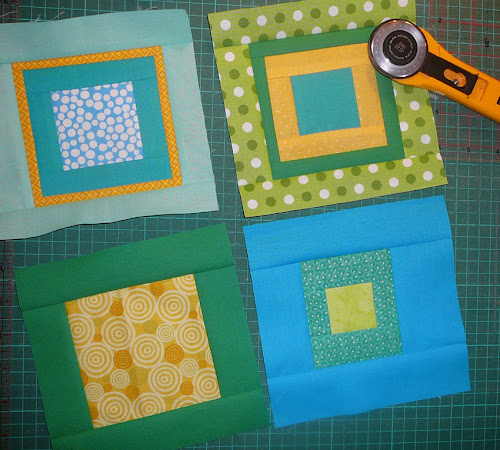 These are some other blocks I was sewing at the same time. I trimmed them and then arranged in a pleasing manner.... 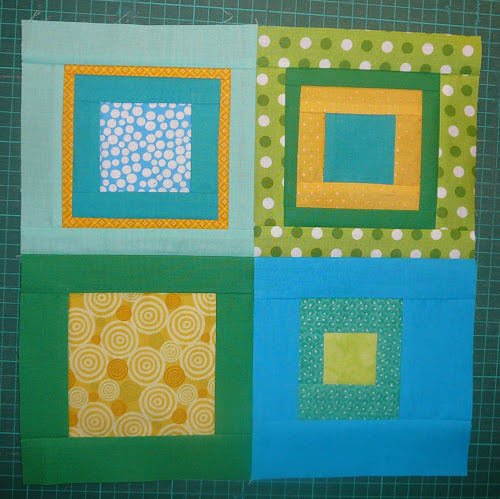 Nice tutorial! Sometimes it's good to have a tutorial even for easy stuff, especially if you're trying to explain to a novice how to do it!! I'll tuck it away in my tutorial file....

Thanks for the tutorial, I agree it's nice to have a tutorial even for simple blocks. It's always great to see how other people work/plan and it's fabulous for beginners.

nice tutorial...you may say it's a simple block, but for a beginner it may be a bit tricky. TFS