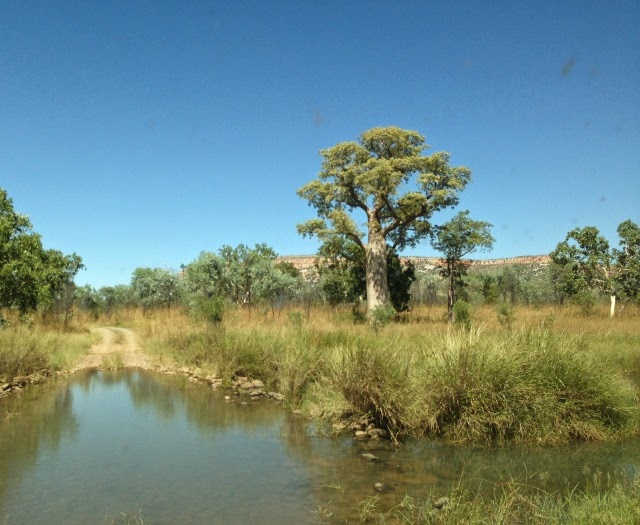 There is not very much sewing going on here at the moment but there has been a bit of fishing..... On the last week of the school holidays we had an overnight fishing trip with friends to a top secret destination. All destinations are top secret when it involves catching barramundi! We drove through a few water crossings like the one above. 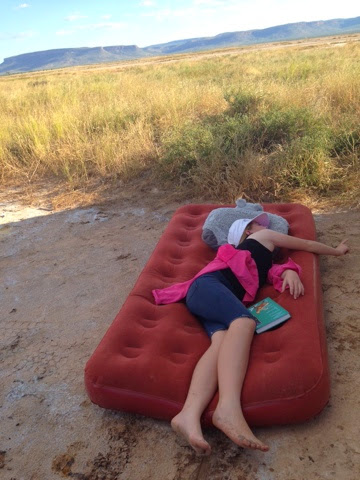 It was a long drive and Grace much preferred a nap in the shade of the car to doing any fishing! 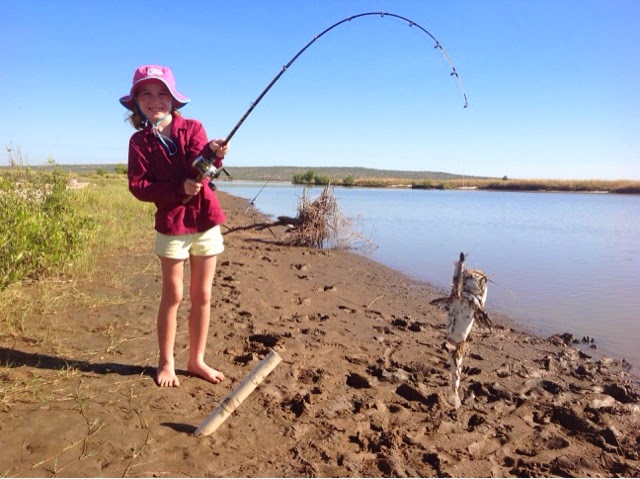 Milly however was on fire and caught this cat fish which she wasn't impressed with. "Gross Mum!" 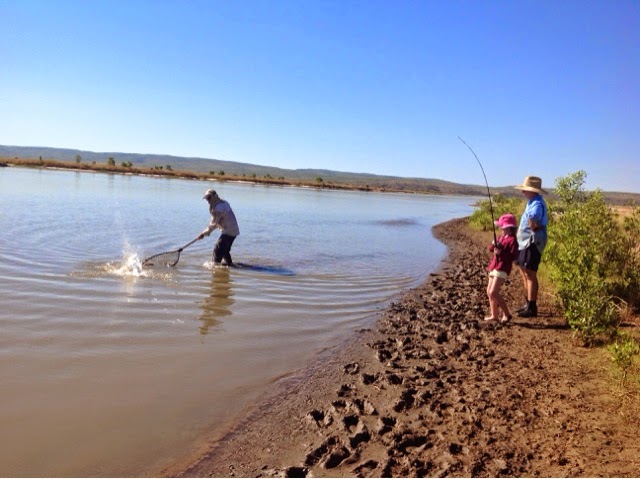 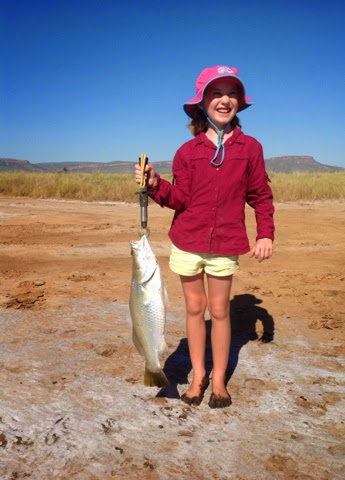 Here is the end result, a beautiful 59cm barra and a smile that says it all. Well done Milly! 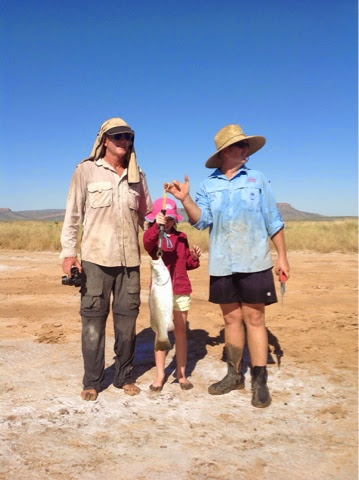 Three Fishermen. This photo shows their interest, Milly is still looking at her fish and Daz and Mr D are looking down river at where the rods are thinking they heard another one go off. 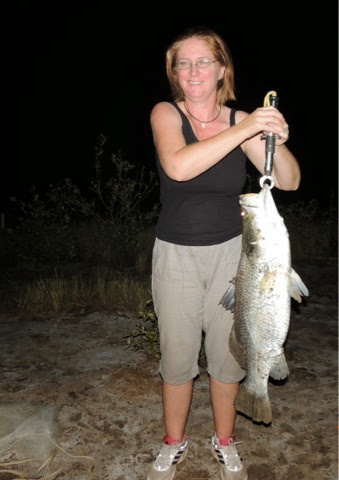 And I am saving the best photo for last. After the sun went down and the kids had gone to bed in the tent, my rod went off and look what was on the end! How big is that barra? 80cms long to be exact. It was very heavy, my arms from reeling it in and then holding it up for the photo. It was the best feeling though, I caught an 80cm barra. Not a bad end to the school holidays despite there being no sewing!
Posted by Helen at 5:23 PM 1 comment: