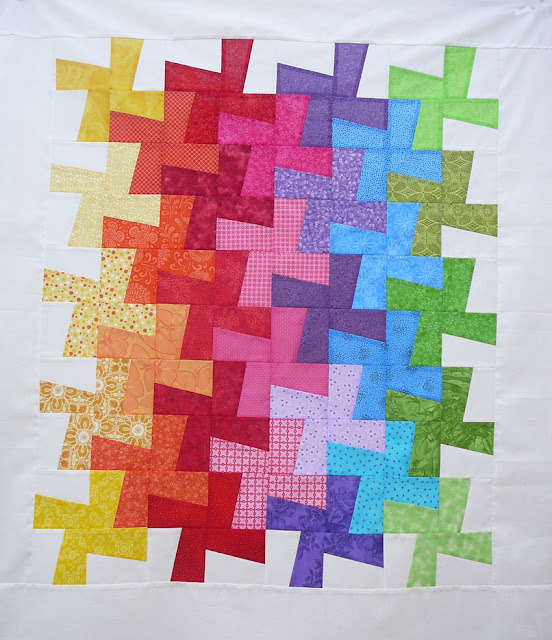 I finished this quilt top today. In true Helen fashion, I only had to sew on four strips to frame it and that simple task sat there uncompleted for the last two weeks. And when I finally did get around to doing it, it only took five minutes! I really like this block. 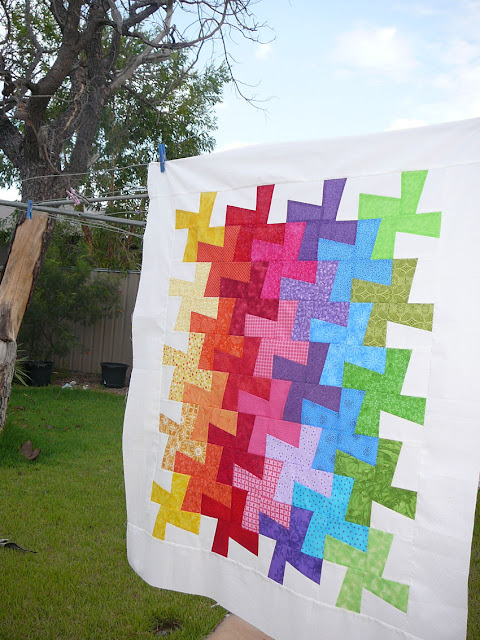 When I went outside to take a photo there was an odd small moaning sound coming from the tree. At first glance I could see nothing. 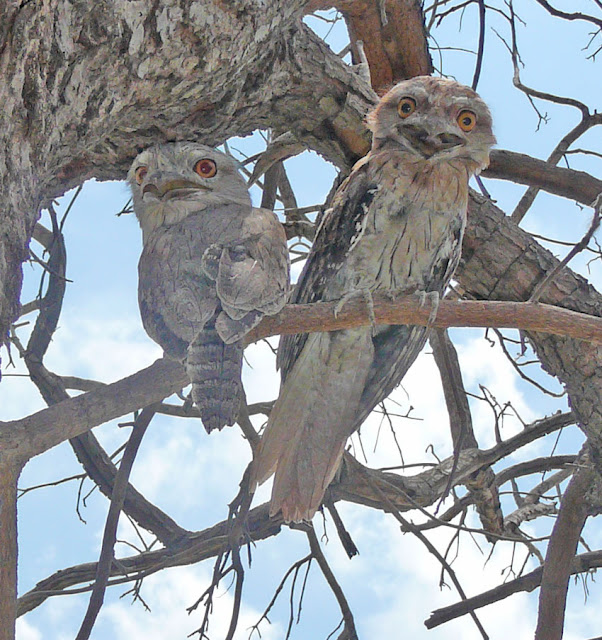 But at second glance these two little guys were staring back at me. They didn't mind getting their photo taken and two hours later they are still sitting there. I think they are Tawny Frogmouths, cool name. 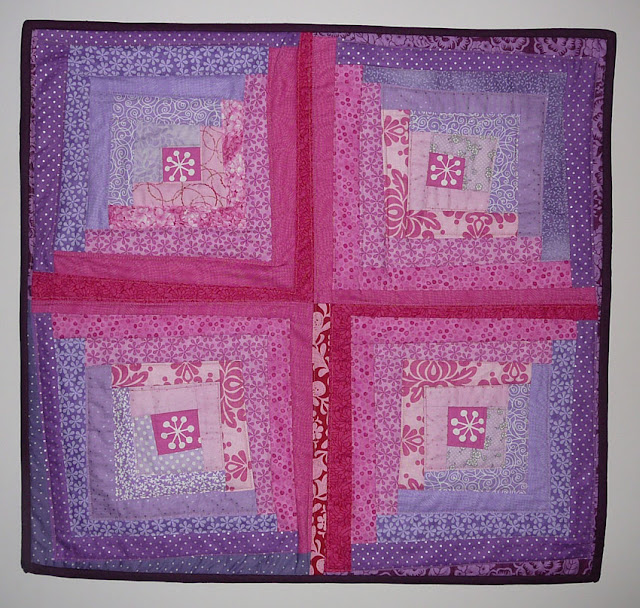 I signed up a few months ago for the 6th EB Quilters Doll Quilt Swap. Signed up reluctantly I must admit and only signed up because AJ made me!! LOL I used to love swaps but now am a bit over it all. I procrastinated for weeks until I pulled out four left over blocks I had made back in June 2009 here. There was 8 blocks originally but the other four ended up in this quilt finished in March 2010. That quilt is now over in the UK and this one is over in NSW! What I am basically trying to say is hang onto to your left over blocks as they may come in handy one day! 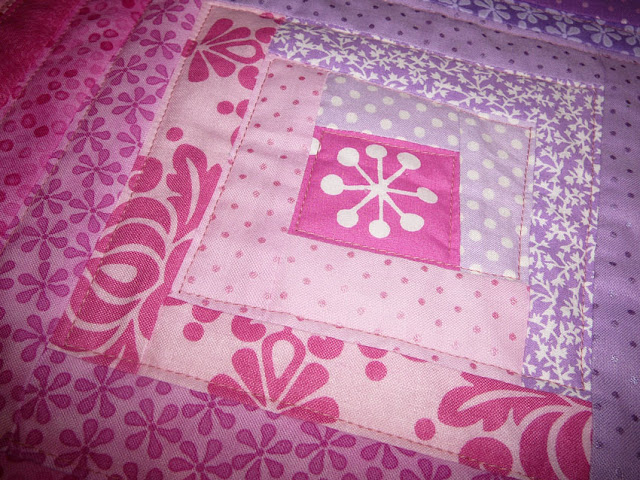 The quilting was very simple. I wanted it to be soft and drap around a doll if needed. 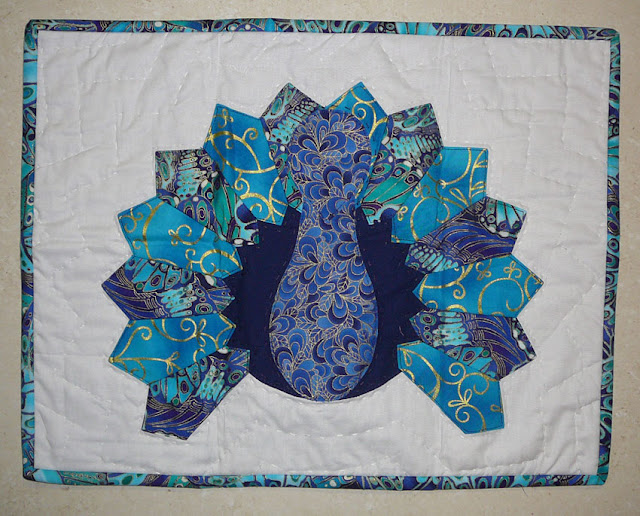 And I recieved this quilt in return from Shirley, who coincidentally was the one that recieved my quilt! Thanks Shirley, the hand quilting is lovely. Grace has her teddy snuggled under it.
Posted by Helen at 9:37 AM 1 comment: 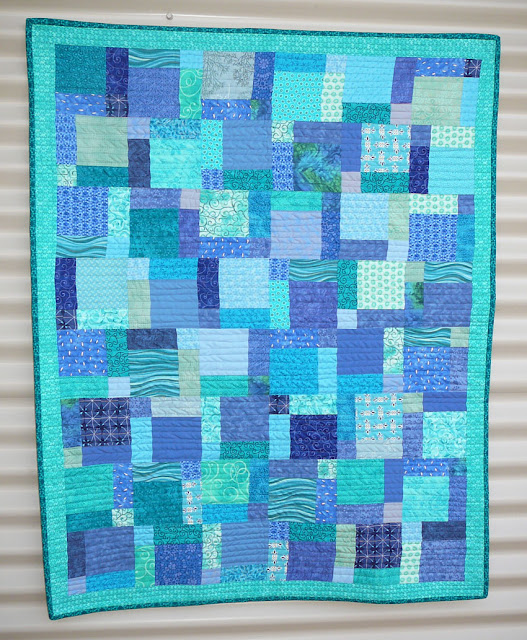 I originally refered to this quilt as blue, but it is really more an aqua colour. Either way it is finished. Binding sewn down and label on! Yahh! It does feel nice to have a finished quilt, it has been awhile. It measures 32 x 41 inches, perfect cot size for a few born that is 3 months old now! 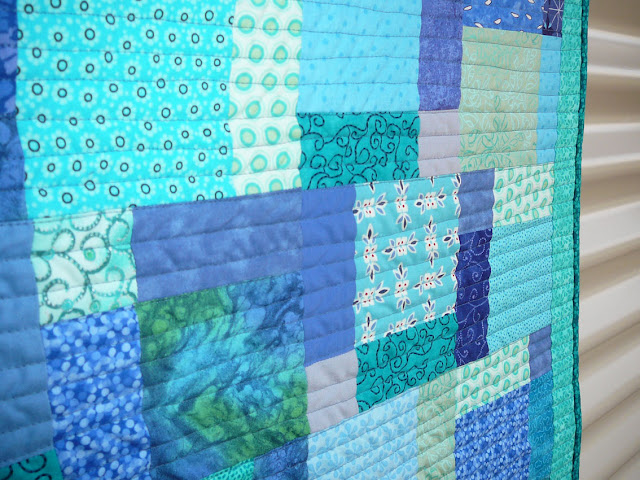 The quilting was just straight lines up and down. It was the last quilt to be quilted on Mum's Janome 1600. She has taken it away with her and now I have my little Brother to sew with. The husband has given me the okay to buy a new machine. Any recommendations?
Posted by Helen at 8:21 PM 1 comment: 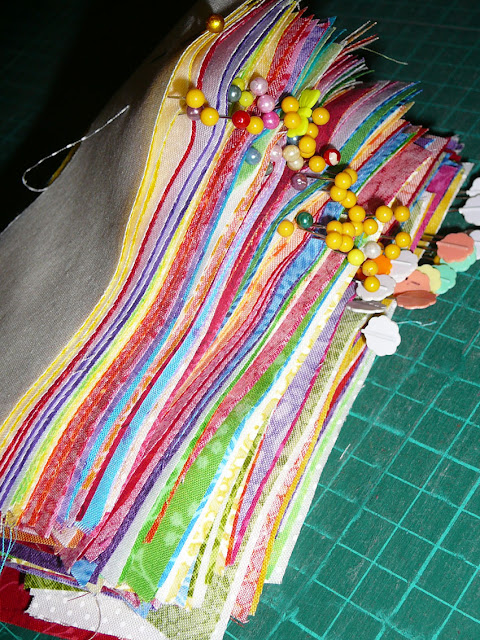 A few months back I signed up for a charm square swap. The kind where you send in 24 orange blocks and get back one colour each from a rainbow from 23 other people. I signed up for two bundles figuring I'd get two squares of each colour to make a whirly gig quilt. That was the rough plan. Not much sewing going on here lately but I can still cut up fabric and visit the post office! They arrived and have sat unattended for a few weeks until last night. Perfect sewing conditions in our house. Children in bed by 7.30. Husband in bed by 8.30. Coffee consumed at friends house after dinner which must have been extra strong as by 8.40 I was sketching up a plan, then cutting away as Casino Royale started on telly at 9.00! My favourite James Bond movie ever, perfect! 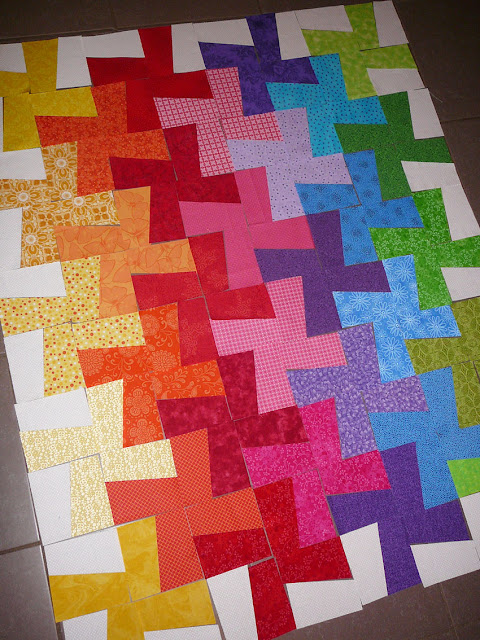 This is what it should look like afterwards if I have pinned all the right sides together. That is the plan at least....
Posted by Helen at 8:23 AM 6 comments: 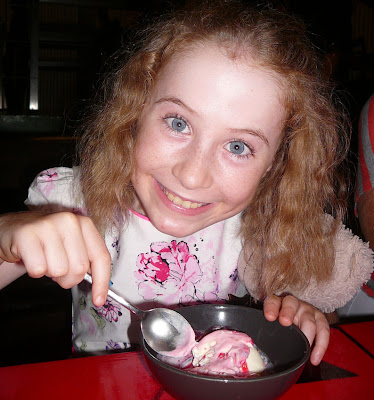 Happy 8th birthday dear Milly Moo! This photo sums you up perfectly. You like to wear pretty dresses like a young lady. You still carry Berry your teddy with you when you are tired and we are going out a night. You like to pull funny crazy faces at the camera like your Dad. And you like to apply your learning knowledge outside the classroom as seen here, demonstrating how a tsunami is made with your icecream! Thank you for being you! We love you very much Milly!
Posted by Helen at 11:24 PM 2 comments: