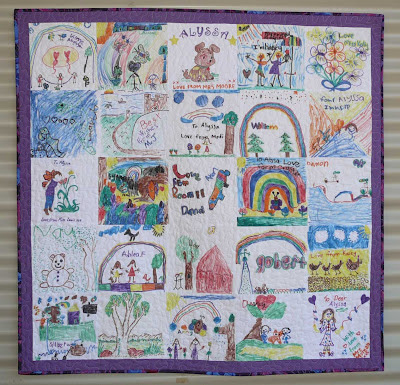 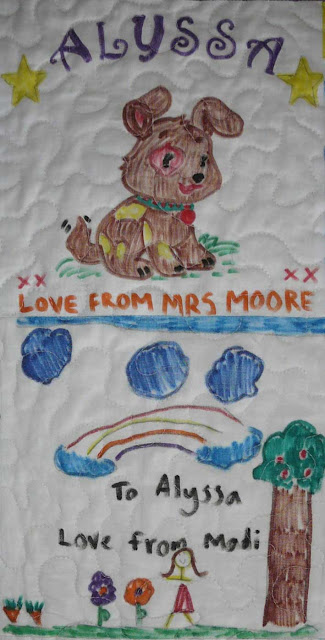 I hope she likes it. I hope it makes her feel better.
Posted by Helen at 8:52 PM 6 comments: 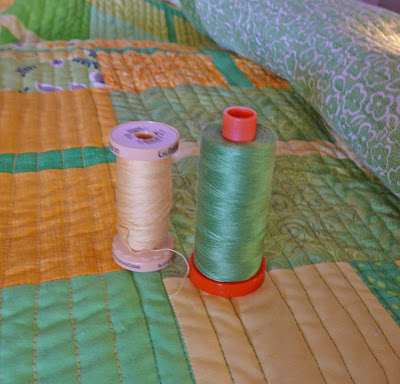 Fun fact I have discoverd while quilting this quilt. I am using two different types of thred, about 30 to 40 lines of green, then about 4 - 9 lines of yellow. Gutterman 100% cotton will sew about 9 lines before the bobbin needs changing.  Aurifil 40 weight cotton thread will do about 39 lines before the bobbin runs out! There you go!
Posted by Helen at 3:21 PM 4 comments:

Getting ready to quilt! 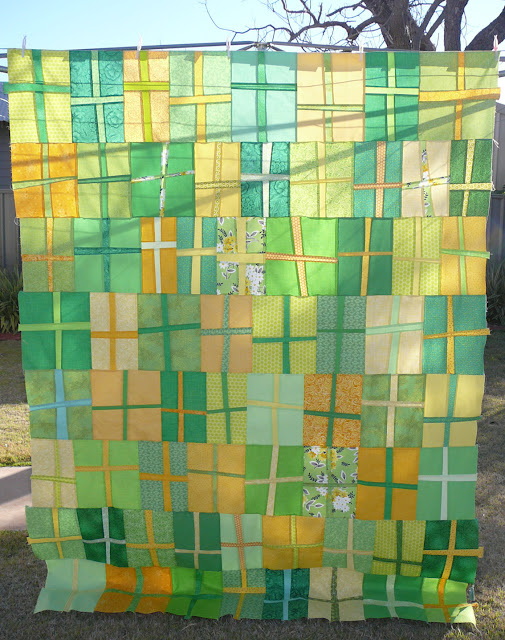 Thank you for your kind comments about Alyssa's quilt in my last post. Milly has been sick the last three days, just a gastro bug going around town. During her napping in the day though I have been working on Alyssa's quilt and am up to sewing down the binding which I have been doing while sitting up in bed whne Milly is awake and answering her questions. "Mummy, will we ever go to London?" "Mummy, why do you like sewing?" "Mummy, am I going to be sick forever?" "Mummy, are adverts on the radio the same as adverts on tv?" "Mummy, why does your head get smaller when I close one eye?" All the while I am sewing a quilt for a little girl who is very sick and thinking of her parents and what they are going through. Making my three days of emptying buckets of bile vomit and cooling down Milly's brow with a wet flannel seem easy..... 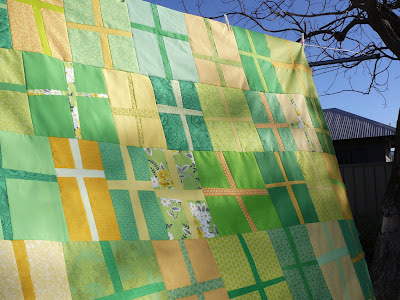 On Saturday however, I realized that the girl this quilt is for, her birthday is rapidly approaching next month. So I took it out from were it had been hanging in our wardrobe and went over to her house - she was at work - to check with her Mum if it would fit on her bed okay. Good thing I did as I then realized it needed just one more row. So thankfully I added that in quickly over the rest of the weekend. 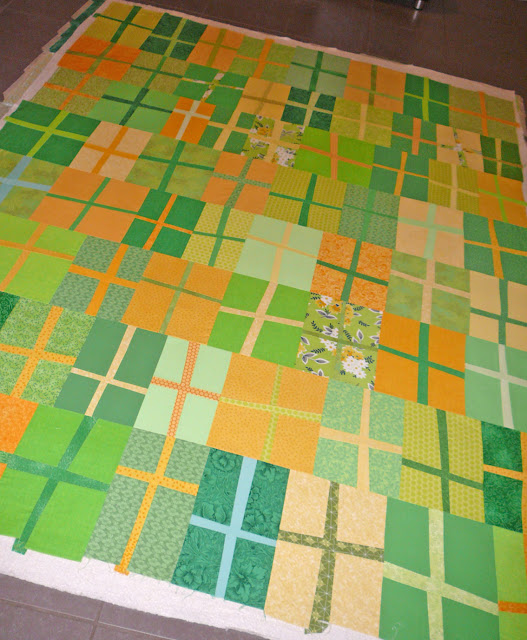 Here it is on our lounge room floor stretched out ready to be pinned. It measures 63 by 87 inches. I was thinking of quilting it like this quilt here which I had admired since I saw it. But all that twisting and turning which such a large quilt...... Maybe I'll just go with straight wonky lines, right to left. Easier and less stressful. Save the spiral quilting for next time.
Posted by Helen at 10:35 AM 7 comments: 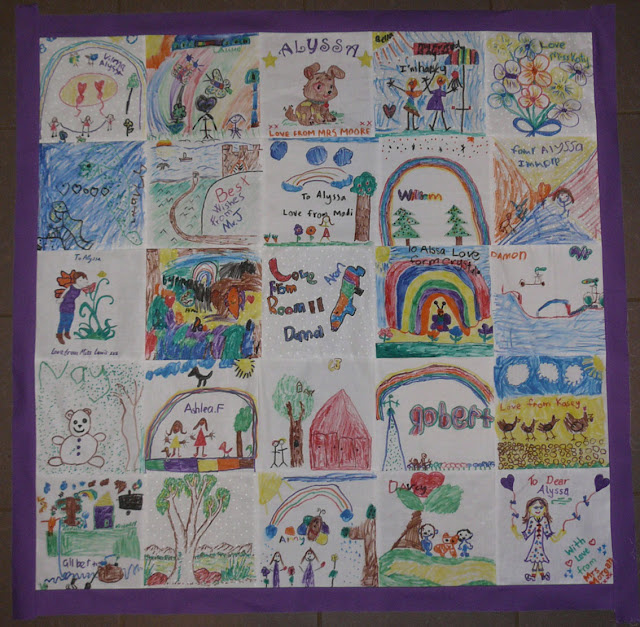 This is a quilt for a year one girl at our school called Alyssa. She was diagnosed in April as having a brainstem tumor and has been in Perth since then. Her teacher at school is a friend and we thought about the quilt I made for Miss W's wedding last year and so the idea for this quilt was born. The kids in her class all did a block. I've just simply sewn them together, popped a simple 2 inch border around it and am ready to sandwich it. Hope it brings a smile on her face.
Posted by Helen at 9:00 PM 7 comments: 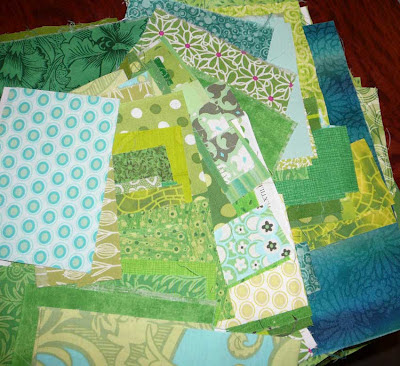 I have finished the quilting on the two red and white runners. The natural step would be to move onto the binding, wouldn't it? Well that didn't quite happen, I started a new quilt instead. I recently signed up for a charm square swap and the colour I had to send was green. So going through the green drawer in the stash made me realize I have a lot of odd shaped bits of material, like a 10 inch square with a 3 inch bit cut out of a corner making it an L shape. So I went through them all, ironed them and trimmed them down to roughly 4.5 inch strips in different widths, 1 inch being the smallest, 1 and 3/4ths being the largest. 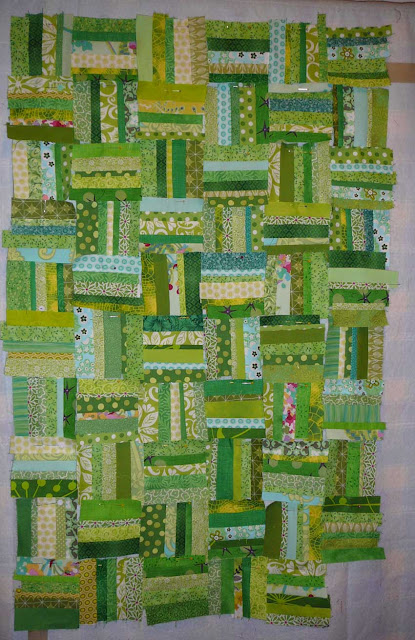 Then I sewed them into squares. The idea being sort of a lattice effect. Scrappy, random placement. I need to make more though! I need 100..... back to the green box.
Posted by Helen at 8:19 PM 4 comments: