A Delightful Daizie Finish At Last! 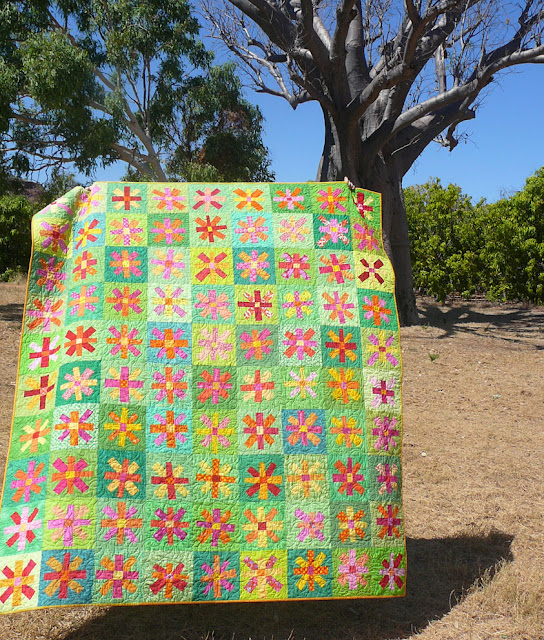 Well it is finished. Finished! Complete! At last! I really don't have much more to say than YAHHH! I thought that I had started this one back in 2007, but reading back on my blog to double check I found this first post here which is dated January 2007 and that says the 40 daize blocks in the photo haven't seen the light of day since June 2005. I didn't start blogging till 2006! So I'm going to say that this quilt was started in June 2005 and finished in August 2013. Far out, that is a long time..... 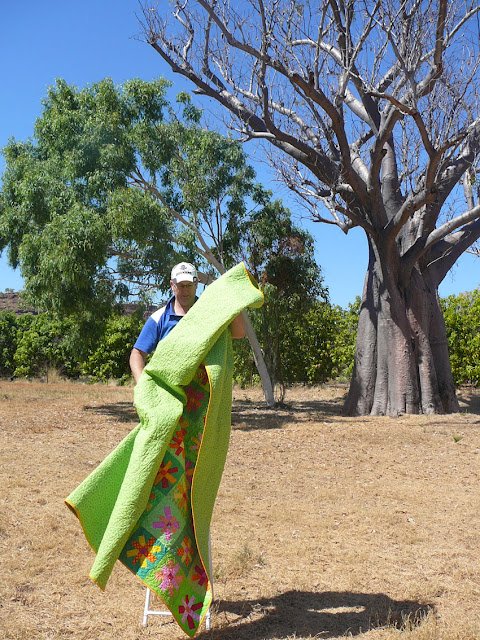 Behind every quilter is a paitent and tolerant loving husband. Someone to hold the quilt up at the end of the day for you. Thank you Daz! 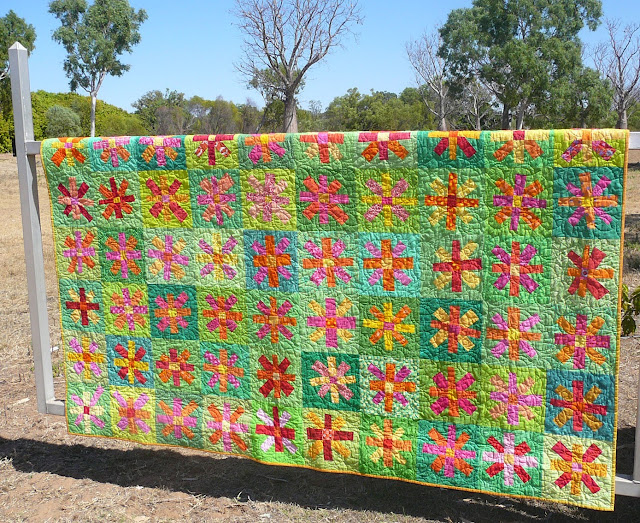 I sent this away to be professionally quilted at KoolKat Quilting. Its an all over meander in a pale green, its very subtle. We went out to take these photos in a friends front yard out of town. Awesome boab in the background. The quilt is now on our bed, its taken eight years to get there! I am just very happy it is complete, well except for the label!
Posted by Helen at 2:43 PM 8 comments: 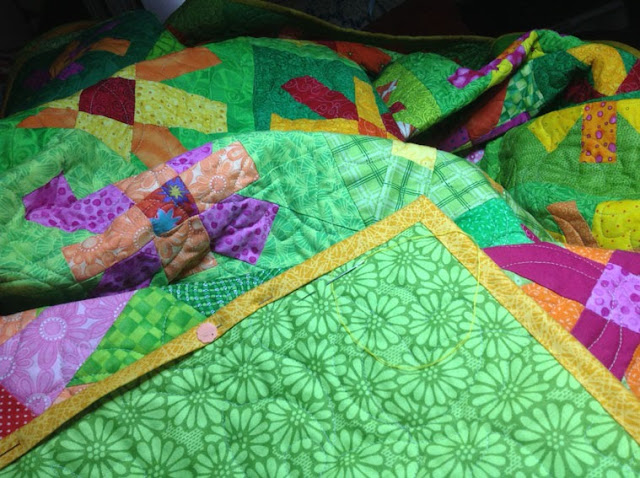 Well this quilt was sitting at the Post Office waiting paitently when we returned from the Gibb. I have finally trimmed it, sewn together two plus metres of yellow binding and sewed it on! Now just to finish sewing it down..... the end is soooo close!
Posted by Helen at 5:27 PM 3 comments: 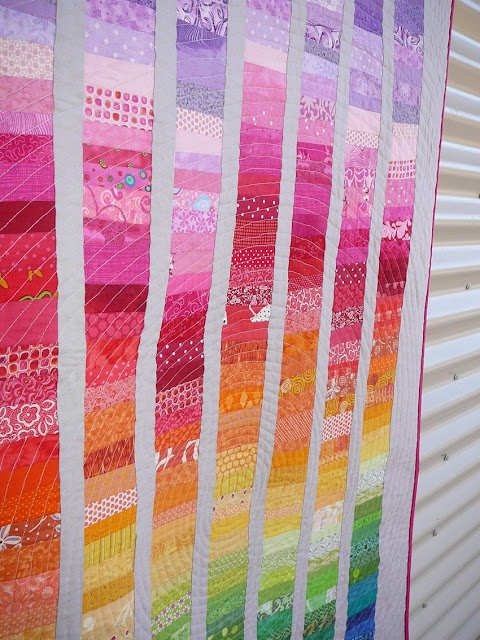 Well it's been awhile between finished quilts but I finished the binding on this beauty during the week. The baby girl it is intended for isn't due till November so I am nice and early although November will be here before we know it at the rate 2013 is zipping past us! So I did one giant spiral for the quilting. And I learnt that even though one can pin a quilt together AND spray baste it, going in one direction the whole time is going to make the backing slip.... At first I was thinking argggggg! Have to sew another one, not good enough for this new baby! But then I showed it to a few people in real life and on FB and they didn't notice. Sometimes non quilters don't see the mistakes quilters see I suppose. Or are they being polite? 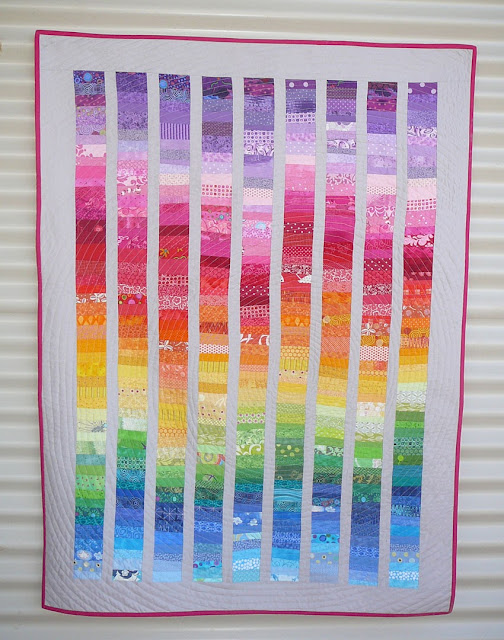 So it measures 35 by 47 inches, I'm really pleased with it. I'd like to do a whole range like this, blue to green to yellow or just dark blue to light blue or in greens or yellow to orange to red?? Oh the possibilities!
Posted by Helen at 7:37 PM 4 comments: